As someone who's always had a background and passion in technology, I'm working towards becoming a software engineer, specializing in back end development. I've always been someone who's been good with numbers, details and logic chains, and I'm looking forward to being able to maximizing that potential. 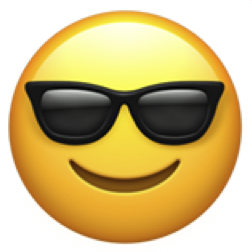 Designed to bring information to the voting public, REPresent is an application that allows users to directly compare their opinions on real, active legislation with the actual votes of not only their representatives and senators, but also representatives and senators from around the country. It encompasses the entirety of the members, both House and Senate of the 117th United States Congress who are currently active, as well as all the bills that have been passed throughout that legislative session.Integrates Google OAuth to simply and easily keep track of users, and pulls from the Propublica API in order to gather all the requisite information on the members of Congress. A separate Sinatra microservice takes care of all the API calls, separates and sorts out all the relevant information the application needs and passes the information into the main Rails application, with regularly scheduled updating. Users have access to a dashboard, which allows them to keep track of their favorite representatives as well as any other representatives they have made comparisons on. News articles that relate to favorited representatives are pulled via a News API, also handled through the Sinatra microservice. Each Congress member has their own separate profile page, which contains biographical and political information, as well as information on the district they represent, a photograph (if available from a collection of official resources), and the representative's official Twitter feed, should they have one. On the side are access to links from other representatives and senators from throughout the state. From any given representative's profile page, you can click to compare bills with them. From there, you'll get to select bills - either enter in a specific bill number, find a bill from the most recent voted on, or find a specific topic. There, in addition to a short summary, you'll have a link to access the actual text of the bill. Once you've done entering your opinion, you'll be brought to a comparison page, which will show you how you compare to your chosen representative, as well as be able to tweet out the results of your comparison.

My areas of focus:
During this particular project, my focus was heavily on building out the microservice, and especially parsing all the different bills. This required a lot of trudging through the bureaucratic mess that is the United States government. Most bills die in committee, but all we wanted were the ones that got an actual vote by the full members of either chamber of Congress, where we could then present their official record on the matter. We had to do an analysis on all the roll call votes of both the House of Representatives and the Senate, making sure that we were getting final passage votes and not just say votes on amendments or on procedural matters or what have you. Though it took a lot of sorting, eventually we were able to compile a list of bills that we would then be able to use in order to make our comparisons, the meat of our application. To the Moon and Back

To the Moon and Back

An educational application designed to bring all the landmarks of the solar system straight to your computer at home. Though focused on students, To the Moon and Back allows anyone to take a virtual voyage to all the other planets (as well as the sun and Earth's moon) and be able to learn more about our nearest celestial neighbors. Upon visiting the site, you're greeted with a carousel of all the planetary bodies as well as a piece of recent space news, pulled from an API, along with a link to the article displayed. When you select a planet to go to, you're brought to a page where you can enter in how long you're planning on staying as well as how many passengers - picking a number will bring up a number of boarding passes to be filled out with relevant information - their name, age and weight. After a brief animation of watching a rocket fly through space, you're brought to the landing site.Once you've arrived, you get to see a larger view of the surface (or, if the planet doesn't have a suitable surface, a nice view of the atmosphere from up close), and you're greeted with all sorts of information. Using a Python library that contains information about where the planets are in their orbits, we can show how far a planet away is from Earth at the given date, an estimate of how long it would take you to get there using some of the fastest rockets (vastly simplifying the literal rocket science it would take to calculate how long a trip would actually take), how much the gravity is. Taking the information the user entered on how long they were planning on staying, we calculate how many of the planet's days and how much of a planet's year their voyage would comprise of. Much of the basic planetary data is provided from a French API called La System Solaire.Scroll down, and you'll see a carousel of individual landmarks - little places around the planet, or about the planet that are interesting for a variety of reasons, giving you a little more insight on the planet and what might be cool to see were you taking an actual trip there. In addition, you find charts taking the parameters you had entered earlier and placing them into charts - how much your age has changed from the length of the trip to the planet, and how much the gravitational pull has changed your weight. When you're done exploring, you can scroll up to the top of the page, click "return me to Earth" and after an animation, you get a thank you page and are returned back home to the home page.

My areas of focus:
While I worked throughout the back end of the site, my biggest contribution to the project was in regards to each planet's individual landmarks. Unlike say, planetary data, the question of "what parts of this planet are most interesting" is a highly subjective one - we were never going to find an API that would determine that information for us. As the group member with the most background knowledge with the subject in question and a deep passion for space and manned space flight, I took charge of going through each of the planets and assigning various points of interest, which required a lot of individual research and manual curation, finding pictures to show off the feature and writing out a roughly paragraph-long description to explain why it was of interest. While individually none of these took too much time, there was, at the end, 43 of them, which was a lot of writing to do under a significant time crunch.